Ma Yun ranked third. As of early June this year, wealth reached 165 billion. Li Hejun ranked fourth with 160 billion yuan in wealth. Earlier, the market value of Hanergy's thin film power generation rose to 300 billion Hong Kong dollars, but with the sudden drop in stock price on May 20, Li Hejun's personal wealth has shrunk dramatically, but even if he shrinks by nearly 50%, he still has 165 billion wealth. 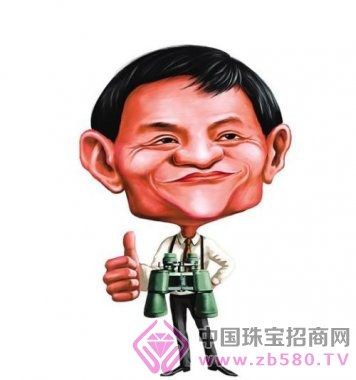 Li Zhaoji ranked fourth in the same 160 billion yuan. Recently, Li Zhaoji announced his retirement as the chairman and managing director of Henderson Development. He handed over to his younger son, Li Jiacheng, and the eldest son, Li Jiajie, may take over the business of Hengdi and Gas.

Guo Henian ranked eighth with 100 billion yuan in wealth. Born in Malaysia, Guo Henian, a native of Fujian, has been spoiled from Malaysia to Singapore, Thailand, China and other parts of the world. Guo Henian founded Shangri-La Hotels and Resorts in the 1970s. Currently, most of the assets of the group are located in Hong Kong, and I am currently living in Hong Kong.

Zheng Yuqi also ranked eighth with 100 billion yuan in wealth. Zheng Yuzhen is one of the "Four Great Kings" of Hong Kong real estate and is also a famous jewel king. Baiduâ€™s Li Yanhong and Ma Dongmin are in tenth place.

Among the top ten richest people, the real estate industry is the most, accounting for half. Their average age is 66 years old. The youngest is Tencentâ€™s 44-year-old Ma Huateng and Baiduâ€™s 45-year-old Ma Dongmin.