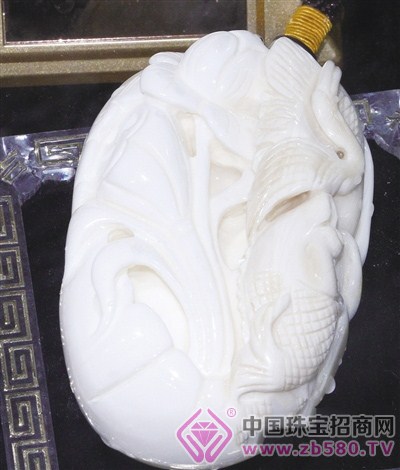 Whether it is the colorful gems, the pearls, the jade beads of jade, or the corals, agate, turquoise, amber, etc. that the northern minority loves, the citizens of the capital can always hold the gemstone boutique exhibitions or majors from time to time. Shopping malls, antique city treasure jade operators to see where the capital of Hohhot's gemstone market is like? The Hohhot Evening News reporter takes you to learn about one or two.

Mr. Wang Qinglian, a consultant of the Hohhot Collectors Association, has decades of experience in collecting jade and jade, and mentioned changes in the field of gemstone collection in 2015. Ms. Wang said that although the overall economic environment has been affected this year, the gem market has also experienced weakness, but For real high-end gemstones, this has little effect. Basically every few years, the gem market will have a "new darling", such as tanzanite and tourmaline in the past few years. The new favorite on the market this year is the green garnet.

Wang Qinglian explained that not all garnets are precious. The hotspot here is specifically the green garnet. This garnet, also known as emerald chrome vanadium garnet or green garnet, is the most rare and rare variety of garnet, which is rarely seen on the market. As a kind of gemstone, people often have more garnet red. This kind of garnet is indeed a middle and low grade gem. The price has not changed much in recent years, but the price of high quality green garnet has been bullish this year. The current market price is close. The same color emerald price. Emerald is one of the world's five precious gems recognized by the world. The preciousness of this garnet can be imagined.

On the morning of November 9th, in a shop in the desert antique city of our city to sell jade jade, the reporter of Hohhot Evening News saw that some people came to consult from time to time. Jin Jade was a product of fashion and culture and became a collection hobby. Preferred. I like the jade collection of gold inlaid jade. "I like jade for more than ten years. I used to like Suyu. Because of the complicated production process of gold inlaid jade, the gold inlay technology in history was once lost. Su Yu is more sought after by people."

Zhu Jiang, who runs the Fozhu collection on the old street, has been in contact with the coral collection. Among the corals he collects, he has a wide variety of corals. There are purely colorful Aka corals, pink MOMO corals, and new markets. A well-received sardine coral. In his view, although the value of organic gemstone collection has been affected by the overall market, the overall performance this year is still remarkable. â€œTaking the Aka materials in corals as an example, the best quality corals are rising by 10% to 20% this year, and the market recognition is relatively high. Relatively speaking, the mid-range and low-grade Aka corals are lowered. About 10%. Jewels, ornaments and accessories made from MOMO materials are more liked by female collectors, and the price changes are not very obvious. However, the sardines that were previously seen by people are not concerned about this year, and the prices are lower. About 50%, the sales volume is very small."

As Mr. Li, who came to Hohhot every year to attend a jewelry fair from Hainan, the change in the value of the collection has little effect on the real collection. â€œCoral and alfalfa are organic gemstones from the seabed. Now Taiwan, India and other places of origin are limiting mining, which has caused the prices of these organic gemstones to rise very fast in the past few years. The relative coral collection market is becoming saturated. Different, the price of ç —ç£² is still rising.

From the initial few thousand dollars to the current ten thousand yuan, the price of ç —ç£² has increased tenfold. One of the reasons for the increase in the value of collections is its own scarcity, followed by market demand. In the past few years, jewelry fairs all over the world have been dominated by jade and jade, but with the price bubble and market saturation, it is now relatively small. At the same time, there were more and more exhibitions, which created a good market atmosphere while increasing competitiveness. However, if you want to have a good collection value, your own quality is still the most important. If you have a good appearance, you can appreciate it and have a market. Poor quality, although it can bring economic benefits for the time being, can't stand the test of time. "Mr. Li said.

â€œEvery year, there are many original ore exhibitions in foreign countries, among which there are many amber products, and the price is more suitable than domestic ones.â€ For Wang Guang, a collector who often travels to foreign exhibitions, amber brought back from abroad. Boutiques often become domestic high-end. The appreciation space is larger.